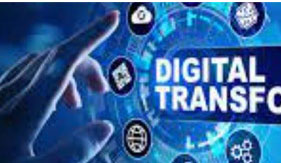 Creating a platform for shared understanding on Digital Transformation in Government

Creating a platform for shared understanding on Digital Transformation in Government

The workshops were presented online through MS Teams and Zoom platforms, due to Covid-19 regulations.

“While the term digital transformation has become a new “buzz” word, true digital transformation does not come in a box or happens overnight. It is the culmination of more than just technology and the adoption of technology, it’s a new way of thinking and a change management process that embraces disruption and technology to drive innovation and new processes”, said Mrs Antoinette Lombard, Director NEMISA VUT CoLab.

She added that, Digital Transformation in our country, and training government officials as a starting point, is of utmost importance and it is re-iterated in the words of Dr Raven Naidoo: “Government needs to understand digital transformation in order to ascertain the opportunities and risks that lie ahead as well as the impact that transformative technology has on the changing role of government services, infrastructure, and to address the risks inherent”.

One of the workshop participants, Mr Rod Grewan from the Department of Economic Development and Tourism in the Northern Cape, expressed the following insightful words regarding the workshops; “The impact of digital transformation on society, was highlighted by the United Nations (UN) in 2003, when the UN convened the World Summit on Information Society. The intervening years, have seen dramatic changes in society and their respective economies, due, in large part, to ICTs and broadband connectivity. The advent of COVID 19 and the advance of the Fourth Industrial Revolution, has further emphasized the need for society to understand the impact of digitalization. The Digital Transformation workshop provides a deeper insight into the fundamental shifts, in society and the economy, being brought about by digitalization”.

The VUT CoLab and other CoLabs from different provinces are seen as the front runners when it comes to training of government employees in the field of digital transformation.

The CoLab will host another series of workshops on Digital Transformation in the new Financial Year starting 1 April 2021.