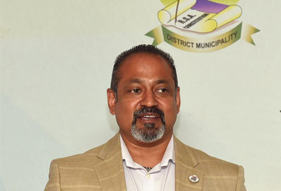 In honouring and remembering the 1960 Sharpeville Massacre, the Department of Sport, Arts, Culture and Recreation, in collaboration with the Vaal University of Technology (VUT), hosted a memorial lecture for the 60th anniversary of the historical event on Thursday, 12 March 2020 at the VUT Desmond Tutu Great Hall. The event was coordinated by the Community Engagement Department led by the Acting Director: Mr Joseph Norman Radebe.

According to the editors of Encyclopaedia Britannica: “The Sharpeville massacre, (March 21, 1960), was an incident in the black township of Sharpeville, near Vereeniging, South Africa, in which police fired live bullets at a crowd of black people, killing or wounding some 250 of them. It was one of the first and most violent demonstrations against apartheid in South Africa.”

The lecture was a build-up to Human Rights Day and was a way to allow the youth to relate to what happened during the apartheid era.

The memorial lecture had different speakers sharing their insights and what they would like to see happening in Sharpeville as it is a historic site.

Most of the speakers shared the same sentiments; of creating awareness and ensuring that the youth learn and know the history of the Sharpeville Massacre. In addition, and to support what most speakers had to say, the MMC of Community Safety, the honourable Yusuf Mohammed said: “If we understand our history, we will be better people.” Mr Jack Devnarain who is the chairperson of South African Guild of Actors emphasised that as people of the Vaal we need to know where we are now, how far we have come and where we are heading to. This will ensure that the people of the Vaal have a vision of a better tomorrow.

“But there’s no dignity in being poor,” he said. “I am because we are,” he added. 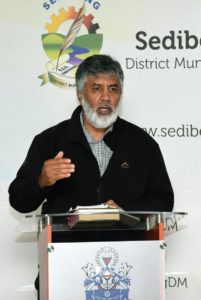 The keynote address was presented by Mr Shan Bolton from the Ahmed Kathrada Foundation who said that there is a need to give a voice to those who were there on that day and there is a need to do more as a region to better the lives of the Vaal people.

“The most disrespect to the Vaal people is service delivery,” he said.

There was a question and answer session whereby the audience and panellists interacted.