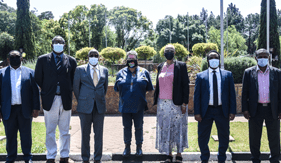 VUT and SNU- collaboration is a co-learning process

VUT and SNU- collaboration is a co-learning process 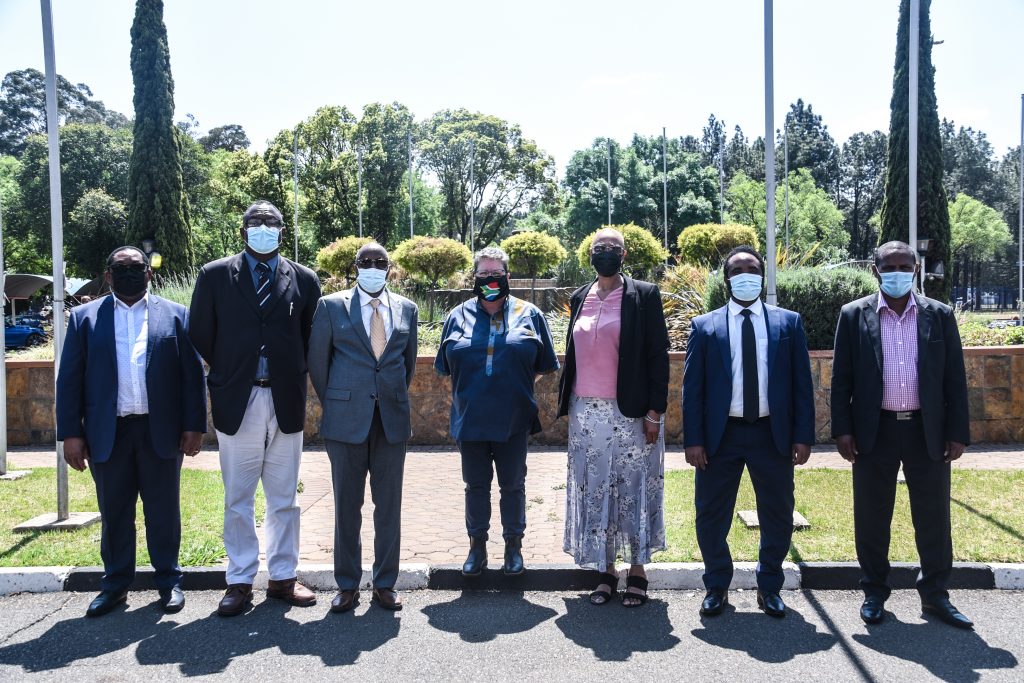 The Vaal University of Technology (VUT) and Somali National University (SNU)’s partnership goes back to 2014. Through the partnership staff and students have benefited in terms of academic development support to help improve the standard of education in Somalia. Currently, VUT is hosting 5 Somali students in the faculty of Engineering and Technology who are busy with their master’s dissertations. The visit by the Somali delegation was the outcome of numerous visits undertaken by the VUT delegation to Somalia to make sure that the agreement between the two Universities becomes a reality.

The signing of the Memorandum of Understanding on Monday, 04 October 2021 at VUT was to strengthen the existing relationship and seek support from the VUT in capacitating professors in the field of Engineering as it was financially impossible to attract competent and qualified Dr’s and Professors to teach at their university.

Professor Linington welcomed the delegation and reiterated that VUT and SNU have worked together in the past and it has been a fruitful collaboration. She mentioned that it is a great initiative to have international students in the country and have VUT as a host as this broadens the landscape of our educational system. She further stated that the real work happens when the implementation of the MoU takes place.

The newly appointed Rector for SNU, Professor Hassan Omar Mahadallah explained the purpose and stated that he is encouraged to revive the MoU as it has assisted the SNU to be where it is today. He expressed his appreciation to VUT for fulfilling its commitment on the previous MoU. Furthermore, he stated that the university needs assistance to build capacity in academic and administrative support, curriculum development, establishing science laboratories, solar energy to run offices, green houses, establishment of research centres, digital library, re-skilling their professors through refresher courses in the Engineering field including an up-to-date registrations system.

In closing, Prof Mahadallah mentioned that South Africa is a leader in building south to south relationship through which Africans can assist each other in terms of knowledge development.  One of the best practices they have learned through their association with VUT is the Conflict Resolution Conference which was initiated and hosted by VUT in Somalia in 2014.  It is the intention of the university to continue hosting such conference post COVID-19.

VUT has a vital role in empowering the youth of Somalia as they can take what they have learned here back home to uplift the Somali education system and plough back to their own families and communities. Through the office of Mr Wiseman Jack, the Director for Internationalisation, VUT will explore all critical areas where SNU requires help and give feedback on what is feasible and agree on suitable the timelines for both universities.