The Vaal University of Technology (VUT) and the Industrial Development Corporation (IDC) have signed an agreement – paving way for the establishment of a R34m research institute – focusing on the development and commercialisation of traditional medicines in South Africa. 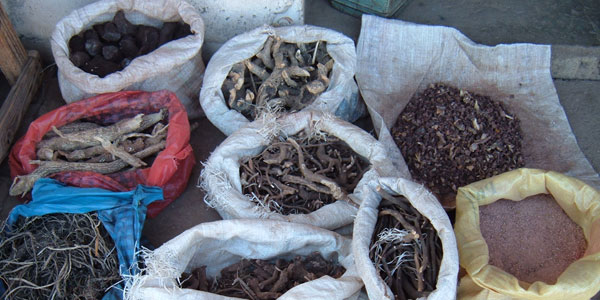 Traditional medicine on the market

The Vaal University of Technology (VUT) and the Industrial Development Corporation (IDC) have signed an agreement – paving way for the establishment of a R34m research institute – focusing on the development and commercialisation of traditional medicines in South Africa.

The funding of the research institute is made up of a 50/50 split between VUT and IDC, respectively, with each institution throwing in R17m each in the pot.

In what started as an intellectual curiosity in 1997, working with a group of traditional healers in the Free State, North West and the Vaal, as part of Professor Martha Pinkoane’s masters and doctoral thesis, has now become a ground-breaking development in the field of public healthcare.

Prof Pinkoane, Head of Department: Health Sciences at VUT said this latest development from VUT is also ensuring that, through scientific research, the gap between conventional medicine and traditional healing practices becomes narrower, and patients are given an informed choice about whom to consult for their health care problems.

In a detailed scientific report, Prof Gqaleni concluded that the concoction of traditional medicines from VUT does contain healing properties that have the ability to improve the health status of patients.

As part of Prof Pinkoane’s research into traditional medicine and practices of traditional healers, she trained them to use simple biomedical procedures in order to observe their patients’ health status appropriately and be in a position to refer them accordingly, either to a clinic, doctor or hospital.

The traditional healers were further trained in the administration of their medicines, with appropriate recording and following a pre-determined path, to show the efficacy or a lack thereof of their medicines.

Ultimately, the benefits of trained traditional healers will accrue to the medical profession, lessening the number of patients who arrive at doctors’ rooms and hospitals with complications, owing to high toxicity levels in untested traditional medicines.

“My work has also ensured that the ‘cloak of secrecy’ is removed in the manner in which traditional healers do their work as their methods are now well documented in research papers,” added Prof Pinkoane.

The second phase of the project is to involve the commercialization and agro-processing of traditional medicines, which is to be undertaken by the technology institute at the Science Park, under the leadership of Executive Director Dr Joe Molete, Prof Modise and Mr Mark Johnson.