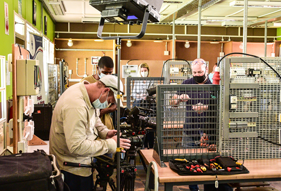 On 28 January 2021, Trace TV Academy had onsite filming of the F’SASEC (French South African Schneider Electric Education Centre) at VUT for an E-Learning program yet to be launched by Trace TV Academy. This initiative is driven to educate the Youth globally about the basics of electricity.

Considering the Covid-19 restrictions and protocol, F’SASEC VUT has secured a paid partnership with Trace TV Academy through the assistance of the entity’s prominent partner Schneider Electric (SE). The Partnership between SE and F’SASEC VUT dates back to 2011 when both SE and French Ministry of Education signed a memorandum of understanding with Vaal University of Technology to offer education to previously disadvantaged students by providing them with skills and theory in the fields of electrical engineering.

Sharing the same mission and purpose with F’SASEC VUT, “Youth Empowerment,” The very same mission has led Trace TV Academy to expand its horizon globally. The idea was instigated by the eagerness to fight unemployment of the Youth. The Academy then created an e-Learning that will be launched in March 2021, targeting the Youth in and around Africa. 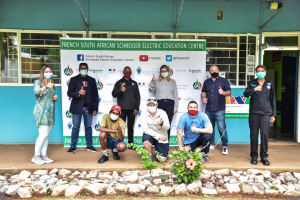 According to Prejlin Naidoo – Trace Tv MD, “Our target market was defined through accessing that most youths in South Africa were not afforded a basic need such as education, so through this e-Learning, one can download it on their phone and access it anywhere they are.”

Zanelle Dalglish – Director: Sustainable Development & Training Academy, “If we look in the field of energy, the e-learning we are going to create alongside Trace Academia will focus on awareness around electricity and basic electricity which will teach people how to utilize it.” Having faith in Trace TV Academy as its expert in entertainment, and the youth today being all about entertainment, it is assumed that a clear and concise message will be sent and heard by the youth globally.

The e-Learning is promised to be downloadable through Google Apps and App store on any smartphone after the launch.